The Special purpose state hunting ground Jelen (LPN Jelen) is located in the far northwestern part of the Dinaric Alps and comprises 27,832 hectares.

The most important species of wildlife are the viable populations of all three species of large carnivores, namely the brown bear, wolf and lynx. In addition to large carnivores other game species also live here, such as red deer, roe deer, wild boar, chamois,  capercaillie, owl, golden eagle, hazel grouse, fox, marten, badger and others.

In the LPN Jelen, depending on the decision of the Ministry of Agriculture, Forestry and Food regarding the hunting of protected animal species, we also offer hunting of brown bears, as a special feature.

LPN Jelen covers the predominant part of the central Snežnik-Javornik Massif, which constitutes a part of the Dinaric Alps.

The hunting ground is very wooded, there are especially fir – beech forests, in higher areas, particularly on the Snežnik mountain, changing into dwarf pine and Alpine meadows.

The specialty of the LPN is the development and conservation of many species that have already become extinct elsewhere in Europe. Therefore, the primary consideration is to preserve, maintain and improve the living environment of wild species.

In the area of the LPN Jelen, due to geographical, historical and climatic factors, certain species that are mostly extinct elsewhere in Europe still survive. The most important are certainly the viable populations of large carnivores, such as the brown bear, lynx and wolf.

The most important type of game is the red deer. The preserved forests of Snežnik are also the home to other game species, including roe deer, wild boar, chamois, fox … 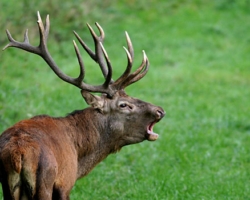 Photo 15: The rut behaviour of a red deer stag in the LPN Jelen

In the hunting ground in the well-preserved Snežnik forests we perform traditional forms of hunting. Hunting is intended for true hunters, because by staying in hunting lodges and observing wildlife in its natural environment for several days, we offer genuine contact with nature. In the Dinaric Alps with a thriving population of all three species of large carnivores this is a special experience. The most common hunting methods are stalking and stand hunting from high seats. By agreement, in the late part of autumn we also organize hunting in group and hunt out.

The most important type of game is the deer which can be hunted in the area from 600 to 1,796 meters above sea level. The hunting ground also offers the hunting of other game species such as roe deer, wild boar, chamois, fox …

In addition to the sustainable management of game and its habitat, the LPN Jelen also participates in a number of research projects (LIFE, Interreg, DinaRis, SloWolf and others). These projects represent a source of knowledge and information for better management of wild animal species living in the area.

As an LPN, we regularly and intensively cooperate with educational institutions at home and abroad. In the modern Mašun Forest House, fully equipped with audio and video technology, lectures are conducted on the management of habitats and the local species. Field visits are also carried out for interested parties.

The LPN has a hunting lodge in each district. Thus, hunting guests have the option of accommodation in the hunting ground for observing game and wildlife in their natural environment as well as getting close to the untouched nature.

In the LPN Jelen traditional hunting is carried out, mostly by stalking and stand hunting fromhigh seats, while in the late autumn there is also hunting in group and hunt out. The trophy game species hunted are the result of good management in the hunting area as well as the result of several days of hunting guest’s contact with nature and his/her movement in the hunting ground.

The most common type of game is the red deer, as in the well-preserved Snežnik forests with a bit of hunting luck one can hunt mature deer with a trophy value of more than 210 CIC points.